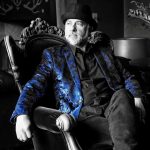 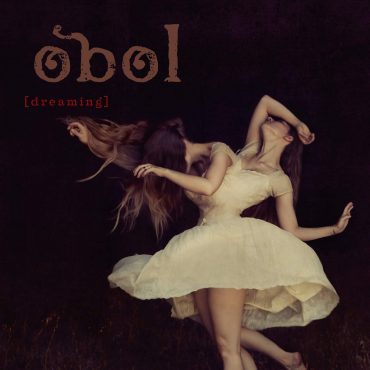 Entrenched in the music industry for well over three decades, I’ve been asked numerous times to review new music and provide feedback. At some point, the monotony of the cookie cutter approach to new music has become nauseating. Its not to say that there isn’t some great new music being produced today, but much of it falls short and ends up in the category of mediocrity. The focus has become more about quantity of content and how fast it can be produced rather than the quality and message of the effort.

When Seattle Wave Radio’s own Mark Gordon told me about Obol and sent me a single to listen to I was intrigued to hear more. From the moment I started spinning Obol’s new album, “Dreaming,” I knew that I was being taken on a journey to another place with a soundtrack that was unique, thoughtful, intentional and refreshingly original. This is obviously a band who has taken the time to craft a conversation with one another and share it with their audience in a very well thought out way.

From the very beginning of the record, their sound provides a unique amalgamation of different genres lending themselves to a unique and refreshingly approachable and all encompassing sound. The album starts out by emulating a Middle Eastern sounding…Red Hot Chili Peppers if Flea played fret-less flavor bass groove…with aspects reminiscent of Muse’s Simulation Theory and Pink Floyd Darkside of The Moon.

As my journey continues through their soundscape, the inspired melodies and arrangements demonstrate an obvious eclectic nature to the song writing behind this piece of work. With elements of Dream Theater and POST Operation Mind Crime by Queensryche, there is definitely a driving rock force at the very foundation of this band.

Halfway through the album, I felt as if I was listening to the soundtrack to a new Alien movie, but directed by Hitchcock… maybe a follow-up to Prometheus. Who knows? Maybe this album will have an element of urban legend to it…similar to Pink Floyd Darkside of The Moon to the Wizard of Oz? If you listen to OBOL “Dreaming” from the very beginning but start Aliens Prometheus at 1:43 they mysteriously mesh? Just a thought…

“Dreaming” is an apt name for this piece of work. The rhythms and melodies continually change but are hypnotic and with the John Bonham esque’ drums continually pushing the heartbeat in your face… you find yourself being beautifully distracted. The lead vocals are haunting at times, desperately lost at other times and filled with hope at other times…inspiring you to feel as though you are playing the lead role in someone else’s dream…

As the album draws to an end, I found myself daydreaming and visualizing a very Dune esque’ Version of Rocky Horror Picture Show married to elements of My Chemical Romance’s Black Parade.

I would be negligent, as I am a keyboard player, if I didn’t mention the fact that when the piano enters the soundscape, it’s sparse yet beautiful musings complemented by its counterpoint melodies enhanced the overall direction of the music’s theme.

This is obviously a band of talented artists… but as there are many talented artists out there, not all accomplish what OBOL does…something very unique and inspiring. This is an album that, when listened to without distraction, will take you on a journey through your own thoughts. It made me think about my life in a way that focused on all of the beautiful differences and challenges that led me to where I am now.

In a world that has many of us lacking grace and empathy with one another, “Dreaming” opens our eyes and ears to another reality…a reality where hope is the hero and dreams are the super power. This is a must listen album… 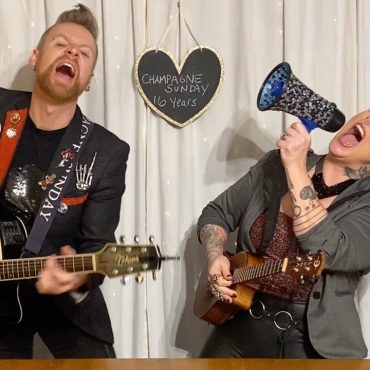 ALBUM REVIEW by Susan Varnes-NewlandGuest Writer from Grieve The Astronaut "SHINE" (Album by CHAMPAGNE SUNDAY) This past weekend, The Music led me exactly to where I needed to be. Sigillo Cellars in Snoqualmie WA. Married Tacoma duo CHAMPAGNE SUNDAY ( Jessi and Jared Fredeen) were performing. Although I had heard wonderful reviews of their music, I had never experienced it personally. So I was looking forward to that evening’s entertainment.Within a few […] 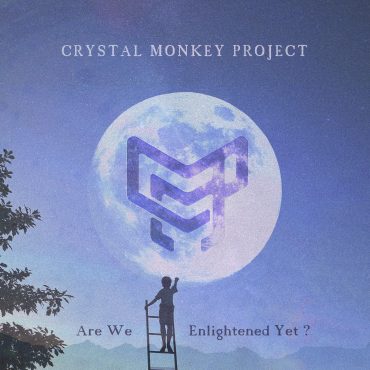 “Are We Enlightened Yet”