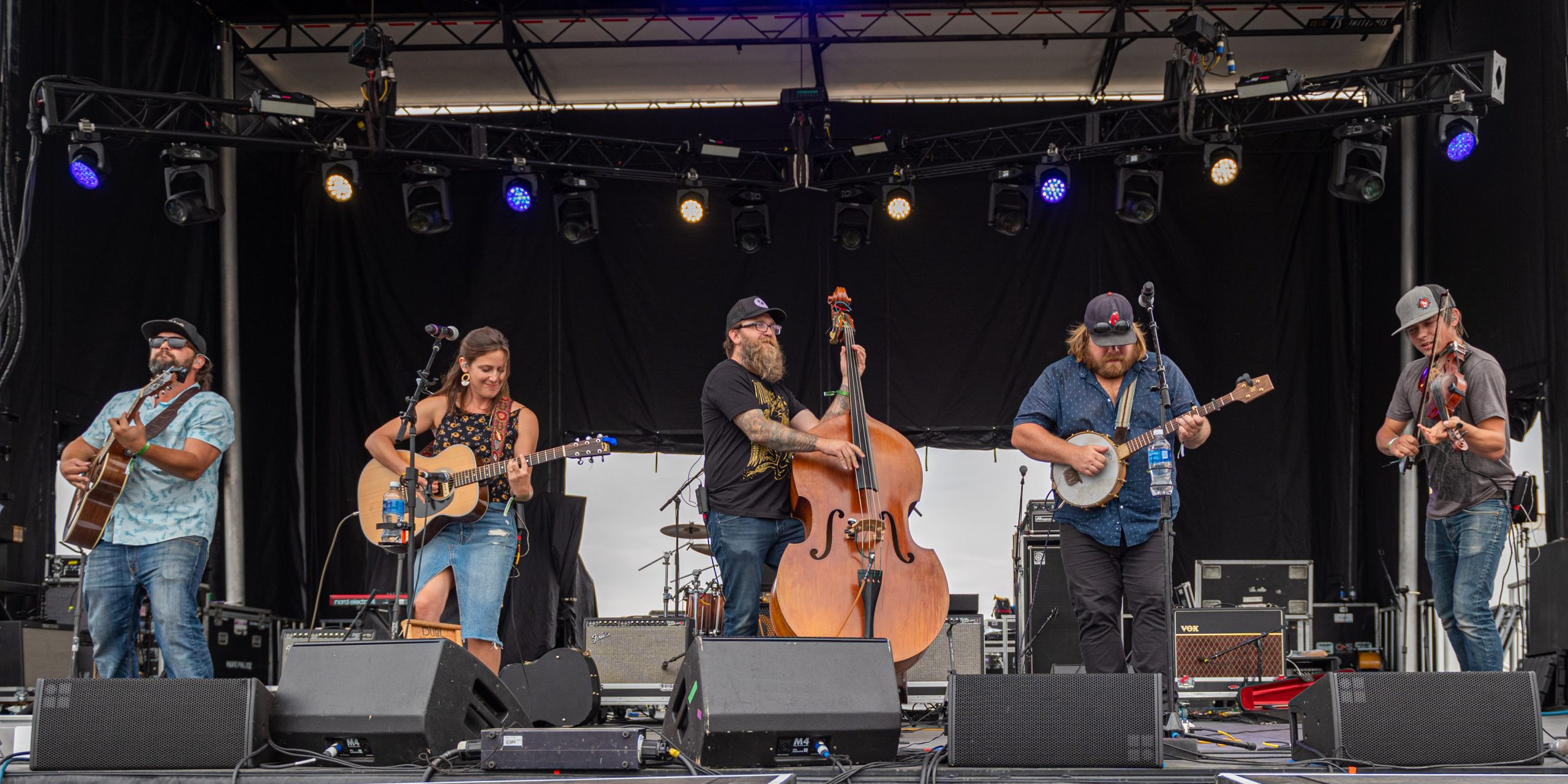 Like most holiday weekends there are many entertainment options from sporting events, boating, camping and live music. For me, holidays usually mean a music festival and Washington has some great ones. Covid and Wildfires have canceled many of them. In my search to fill my normal music schedule I ran across a newer festival in Colville Washington, about 90 minutes north of Spokane.

FarmJam is the brainchild of Greg and Zara Knight. I was expecting what you might expect from a second year festival; unknown acts, creative stages and probably no lights. To my surprise this festival looked like it had been in operation for 10 years. Incredibly well run and clean. All the volunteers were super friendly and willing to help in anyway needed. Greg and his wife were walking around the whole weekend greeting campers and thanking them for attending.

If you have ever attended Bumbershoot in Seattle on Labor Day weekend; This is NOT that. It is not a beehive of activity were you and your friends run from one act to another. This is a lazy weekend where you will walk away with more friends that you can imagine. It’s big enough to bring in national acts but small enough to be personal. You will likely be talking to the band members as they attend the festival with you. The ‘Fire Bottle Brothers’ where in the campsite right next to me all weekend. Some bands left when their tour required it but all in all if you wanted to get close to the performers all you had to do was walk up and say hi.

The Festival takes place on Greg’s family farm. He had hayed the campground about 2 weeks before the Festival which made a soft bed for the tent. The venue is within 100 yards of the camping area which is dry but had both RVs, tents as well as day parking. The venue is a coral of sorts with the outside perimeter made up of vendor tents both Merchandise, Art and Food. Once in the venue there is a sound board station in the middle of the circle and a stage at one end. A very substantial stage that you would expect at any major festival with full lights, Speaker Stacks and a couple spotlights at the top of the sound board station. There is a VIP section which give the VIPs covered table seating, a private beer garden and upfront standing room in front of the stage.

Before during and after, the pace of the festival was handled by DJMatty. He kept the energy up from noon to 2pm when the first acts went up and in between every set throughout the day. Taking requests all weekend long and of course talking to just about every guest in the place. If you were smart you stayed late Saturday night for the “Late Night After Party for Dancing, Drinking and Late night What-not.

The entertainment list was impressive. Many that I have shot before on the festival circuit such as Scooter Brown Band, Laney Lou and the Bird Dogs and Dillon Carmichael. Also were some regional acts that are actively touring like Jessie Leigh, Cort Carpenter, Aaron Crawford and Santa Poco. I have seen longer sets from most of these artists and if you attended and liked them I urge you to follow them and go see them at a show that does not limit their time quite as much. It is just the logistics of a music festival.

There are some local (Eastern Washington) groups that unless you are local probably don’t know. I think the biggest surprise was the Fire Bottle Brothers. These are a super talented group of young musicians. Country yes but you hear jazz, blues and rock influencing the final product. Did I mention the tightest harmonies of the weekend. Jesse Quandt is a straight forward country rock. His set was super solid and his 6+ person band was not overkill. They used every bit of talent form each member. I got to know Jesse during the weekend, and he is a Vet and wears his experience, literally on his sleeve in the form of tattoos. He also started the whole festival off by singing the national anthem. This is part of a festival I love and why I wallk away from them with many more friends than I can imagine. Devon Wade is a local favorite and had a great show but sadly it was his last for the foreseeable future. He is taking some time off. Musicians really never take time off. It’s not in their nature so I’m quite sure we will see him again in future.

Okay so lets discuss the national Artist. They come to play and there is no fooling around. As a photographer I don’t think I am even shooting the same stage. These acts are polished and you likely already know many of their songs and are hyped to see them.

The pre bands. What I mean by that is they are not quite the level as the headliner but will likely be the headliner at many of the shows they are on. Sometimes I think it’s a flip of the coin. Cort Carpenter and Carolyn Miller warmed up for Tyler Farr. Carolyn Miller is a very melodic singer with a very big voice. My guess is that she has done some stage performances in her past. Her songs where upbeat and positive to a fault. It’s as a well produced feel good set. She is very engaging and you can’t help but love her. Cort Carpenter is a mix of Bro Country and Pop Country. A Mix of originals and some familiar songs. I might add here is that his lead guitar player was on another level. This was a great lead into the more traditional country set that Tyler Farr was going to lay down. Though not technically a lead into the headliner, Kasey Tyndall is touring with Drake White and made an appearance mid-day on Sunday. The one word that comes to mind is sassy. (Think Gretchen Wilson) It was just her and her guitar which is difficult in such a large venue but she totally pulled it off. In that short set I felt like I knew who she was and what her music was about. Great voice and great personality. The songwriting was great and I believe that is how she got started in Nashville. I need to talk about Scooter Brown Band here. They led into Drake Whites set. This is one of those coin flips I spoke of earlier. Scooter can close any night out and often does. I’m always excited when I see him on a bill. With the loss of his keyboard player and retirement of his drummer over the last year he seems to be revisiting his sound. He is definitely Texas outlaw country to the core but then he snuck a heart wrenching ballad right in the middle of his set. He is a veteran and like Jesse Quandt is happy to say so unapologetically. Even bringing a flag on stage to wave to the excitement of the crowd. He blessed us with a preview of his new single (out next month) ‘Wine Drunk’. I am a huge fan of the band and of this man.

And now we have arrived to the closers. These bands could not be any more different if they tried.

Last Chance Band was great on Friday. They are a country party band and it’s all a good time all the time. They mixed in some covers and spent the last 15 minutes or so of their set playing late 80s early 90s covers from Guns and Roses to Nirvana. Anyone in a band knows this is how most band practices end anyways. It was a lot of fun.

Tyler Farr is old school country with a dance beat. Big hat and a bit twangy but if you attend country bars or line dance you have heard his songs many time. He broke into country consciousness in 2014 with his debut album Redneck Crazy with a song by the same name and then ‘Wiskey in my Water’ and then on his sophomore album hit gold with ‘A Guy Walks into a Bar.’ He has been quieter since then but has broken into the charts many times but not the top 10. Country music fans are betting on Tyler to save traditional country music in the age of pop country and click tracks. “Country Radio” doesn’t always find singers like Tyler Farr, Cody Johnson, Morgan Wallen and Casey Muskgraves sellable but they have huge cult like followings so they are filling a void and their fans will buy tickets and show their appreciation. Tyler’s set was produced well and he sounded great. You would expect nothing less. He spoke a little and sang a lot. After his early morning sound check he managed to go fishing for a few hours. He’s a man that knows what he has and is enjoying it to the fullest.

Drake White and the Big Fire Drake White has been around for some time now. I’ve seen him several times reaching back to 2015 when ‘Livin the Dream’ was looping on the radio. Unlike Tyler Farr, Drakes music seems more personal and dare I say spiritual. If you follow Drake as I have you notice the evolution over he years. Drake’s music has gospel and blues influences from his Alabama upbringing which brings its own flavor to his music. Due to a medical issue that Drake suffered in 2019 he is a little less mobile on stage than in the past but he seems to have recovered well. Life situations like this will find there way into your music. Drake’s recent music is about appreciation, fulfilling your journey and loving. Drake has always been a songwriter that I appreciate and now appreciate even more. His band is/has been with him through all of this, and they are definitely a family and their playing shows it. His set was a love fest. Fans were very happy to see him and people who didn’t know Drakes work were fans when they left.

There is a lot not covered here but I couldn’t recommend this festival to you any more highly. It was an incredible experience and I dare you to find anyone there that would say any different. I can’t wait to see what Greg puts together for next year. I’m already filling my gas tank and packing my tent. 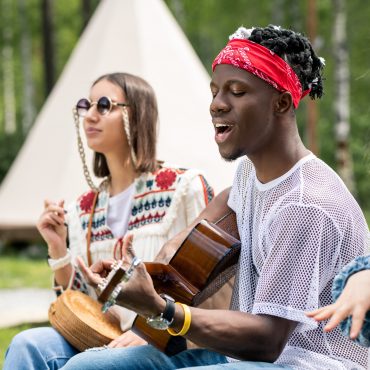 With Dj Hippie (Kiki Willows)A music program that looks back to the past, bringing back the best (and possibly not the best) classic rock, oldies, novelty records, covers, and parodies of the classic vinyl era! Go To - That Gosh Darn Hippie Show 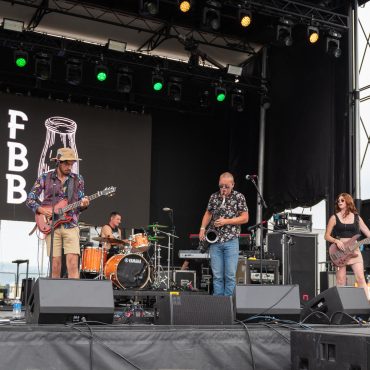 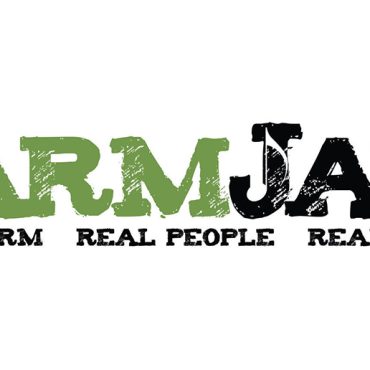