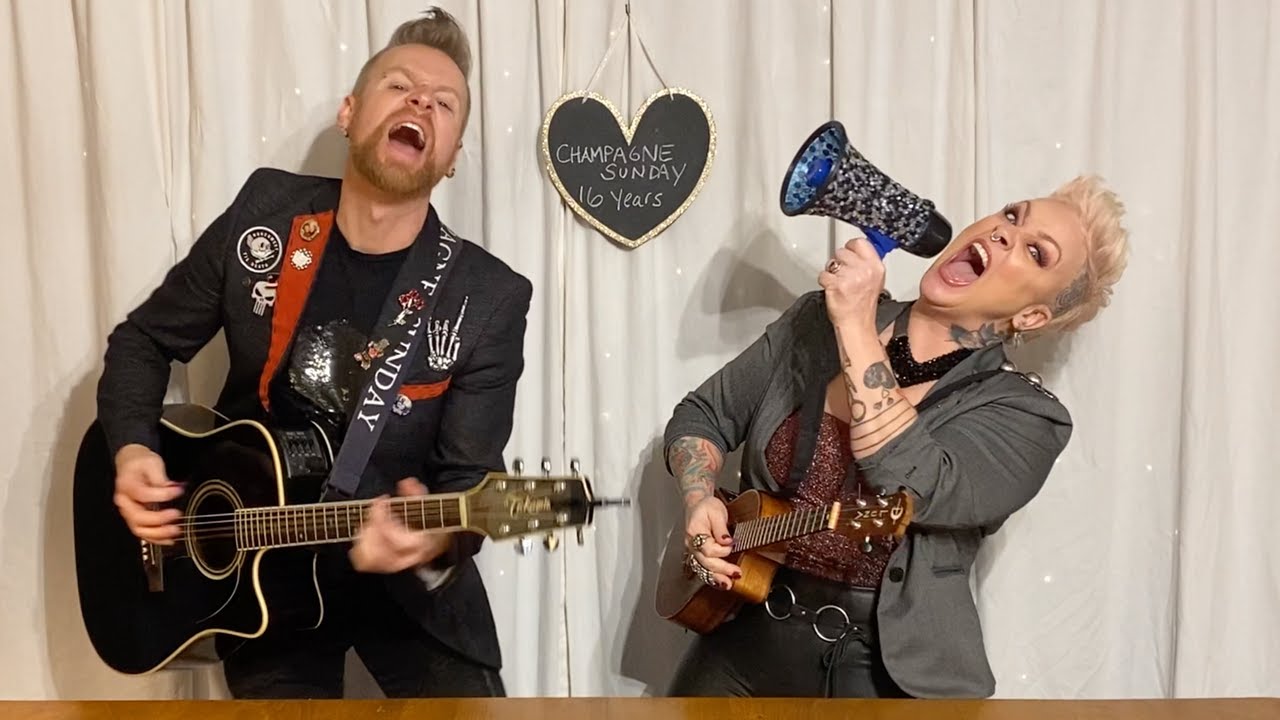 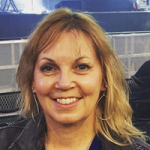 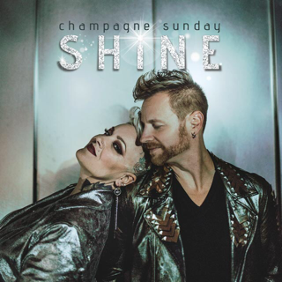 This past weekend, The Music led me exactly to where I needed to be. Sigillo Cellars in Snoqualmie WA. Married Tacoma duo CHAMPAGNE SUNDAY ( Jessi and Jared Fredeen) were performing. Although I had heard wonderful reviews of their music, I had never experienced it personally. So I was looking forward to that evening’s entertainment.

Within a few minutes of being in their presence, I felt myself blinking away tears.  There was so much joy in their music. A bright light was turned on, on a dark January night.  And although it was just the two of them, I felt like I was sitting at a major rock concert.  This is not a quiet acoustic duo. CHAMPAGNE SUNDAY delivers enough intense energy to fill an arena. Jessi’s powerful vocals and stage presence, accompanied by Jared’s ‘U2’s Edge style” guitar, brought their performance value up to rock star level. If you closed your eyes, you would think an entire rock band was standing in front of you. I couldn’t believe I was experiencing this caliber of musicianship at an intimate winery. 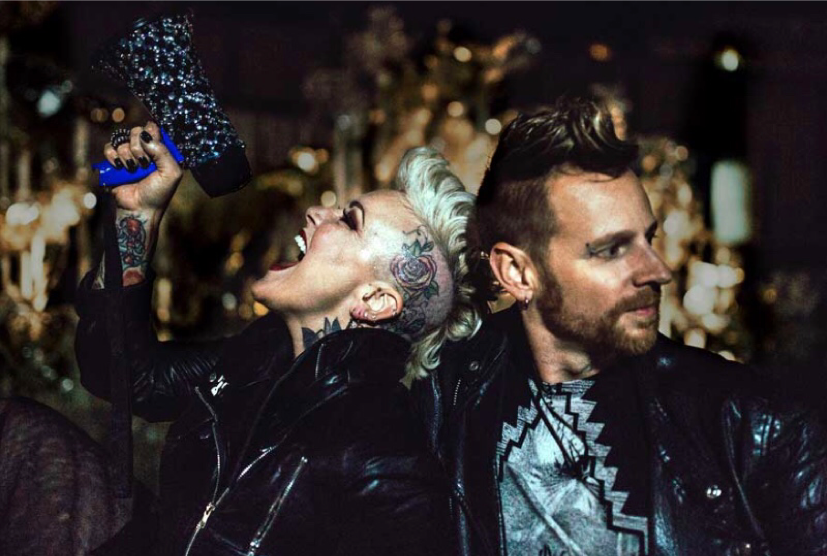 Although the majority of their music is original, they do perform a few covers. During “Little Red Corvette” my husband sent me this text from across the table “I like the way they hold their own version of someone else’s song”. Exactly. They performed it in such a way, that it reflected their personalities and souls, not just a cover of the original.

A beautiful part of the evening, was when their 6-year-old son joined them. He stood on a chair, and sang “Blackbird” as a solo, while his Dad accompanied him on guitar. Mom stood behind him, beaming proudly as her little bird chirped into the microphone. A truly musically gifted family. 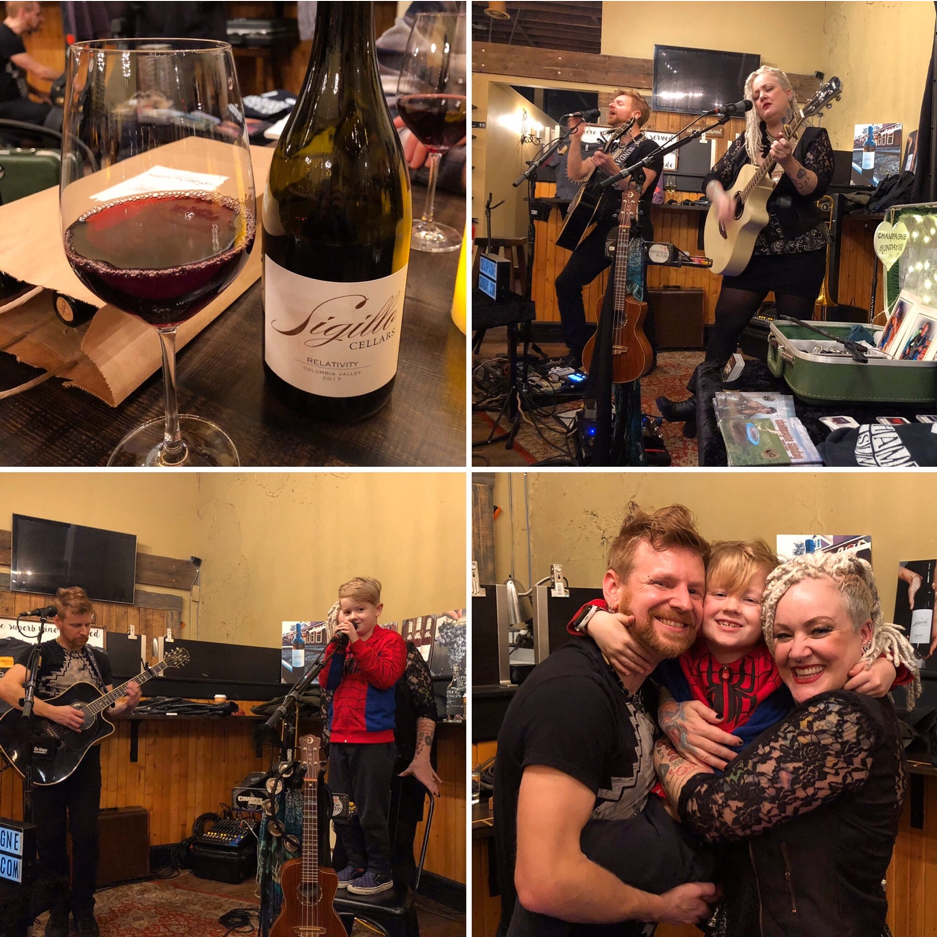 During the break, I purchased their latest CD “SHINE”. I knew I wanted to bring their magic home with me.

CHAMPAGNE SUNDAY is Musical Joy Generators. “SHINE” is a fantastic listen, from beginning to end. It perfectly shares the multifaceted talents they possess. I would love to see them perform at a theater venue, like Seattle’s Triple Door.

In addition to performing locally and nationally, they also perform weekly at the Seattle -Tacoma International Airport, as part of the music ambassadors program. Their website has a calendar of all their upcoming performances, that you don’t want to miss.

Definitely check out their latest CD “SHINE”, and add some sparkling light, into your dark winter. They make it seem like summer is just around the corner.