by Susan Varnes-Newland
(Guest blogger from Grieve The Astronaut) ~ ~

The Beatles. I’m lucky to say I was alive when the Beatles were bobbing their mopped heads back and forth. In fact, my very first crush, at the tender age of 5, was Paul McCartney. “Who is your favorite Beatle?” was the hot topic. “Is Paul dead?”. And then the devastating news that they were breaking up. “Is Yoko to blame?” Fast forward a ‘few years’ and those topics are still alive, even though John and George are not. 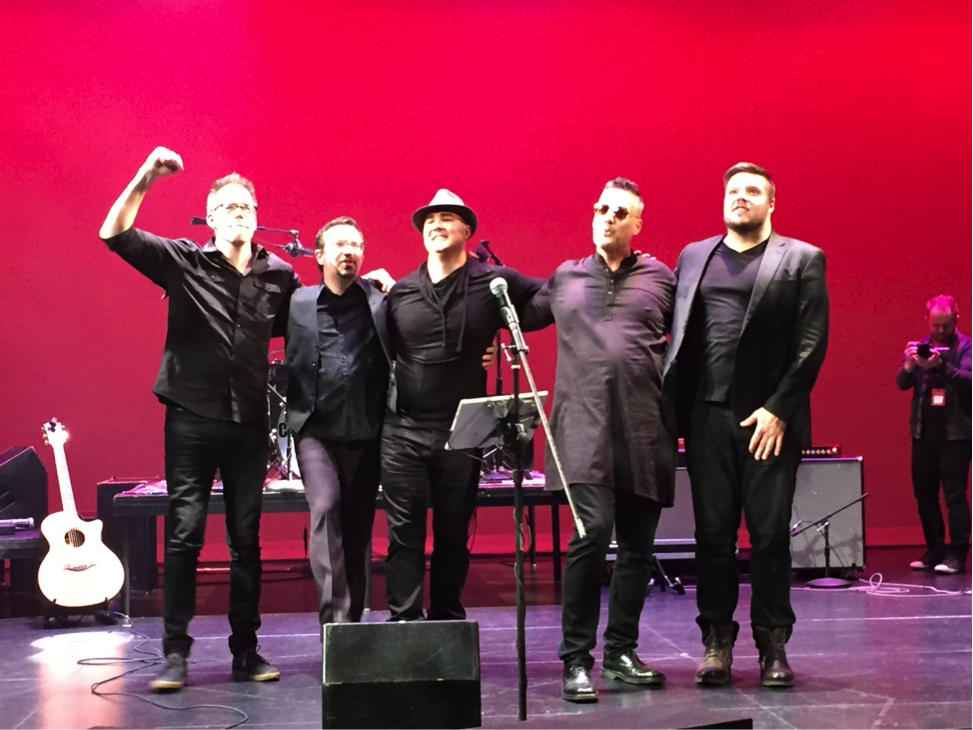 Their music continues to inspire and live on.
When my own teenage daughter ‘discovered ‘The Beatles, it reignited my love of their music. I still remember her confronting me with this haunting question. “MOM! Why didn’t you tell me about The Beatles?!”. I don’t know, I guess I always felt they were as important as air. You don’t really think about breathing it, you just do. The same with the Beatles. They just exist. But, I totally made up for that tragic faux paus. I am a flight attendant, with free travel privileges, so I flew her to London. And, during our Rock and Roll Walking Tour, she literally bumped into Paul McCartney when we were standing in front of his MPL Office building. True story. That made up for everything. Following that, we attended his concert at Seattle’s Safeco Field in 2013. The minute he walked onstage, we were both turned into screaming adolescent girls of the 1960’s.  PAUL MCCARTNEY! Swoon. We also saw Ringo and His Allstar Band at The Chateau Ste. Michelle Winery. And yep… we got a nod from him onstage.  During this time, the airline I work for started flights between Seattle and London. I was in heaven! I bought a Beatles Guide Walking Book, and on my layovers, I would transport myself back to the 1960’s. I roamed the streets of London visiting the famous Beatles landmarks. Abbey Road Studio, Paul’s House, the old Apple Records headquarters where their last Rooftop Concert was held. I even saw the Beatles musical “Let It Be”. I was living in a fantastic fantasy world. This was perfectly timed with the 50th Anniversary of The Beatles coming to America. Everywhere I looked, Beatlemania was alive and well. During this time, I also discovered Seattle’s favorite Beatles band, Creme Tangerine!

January 30, 1969 was the final public performance of The Beatles.  It was on the rooftop of the headquarters of their multimedia corporation Apple, at 3 Savile Road, London. When I was there a couple of years ago, it literally gave me chills to be walking around in the same building that the Beatles breathed in and held their famous rooftop concert. 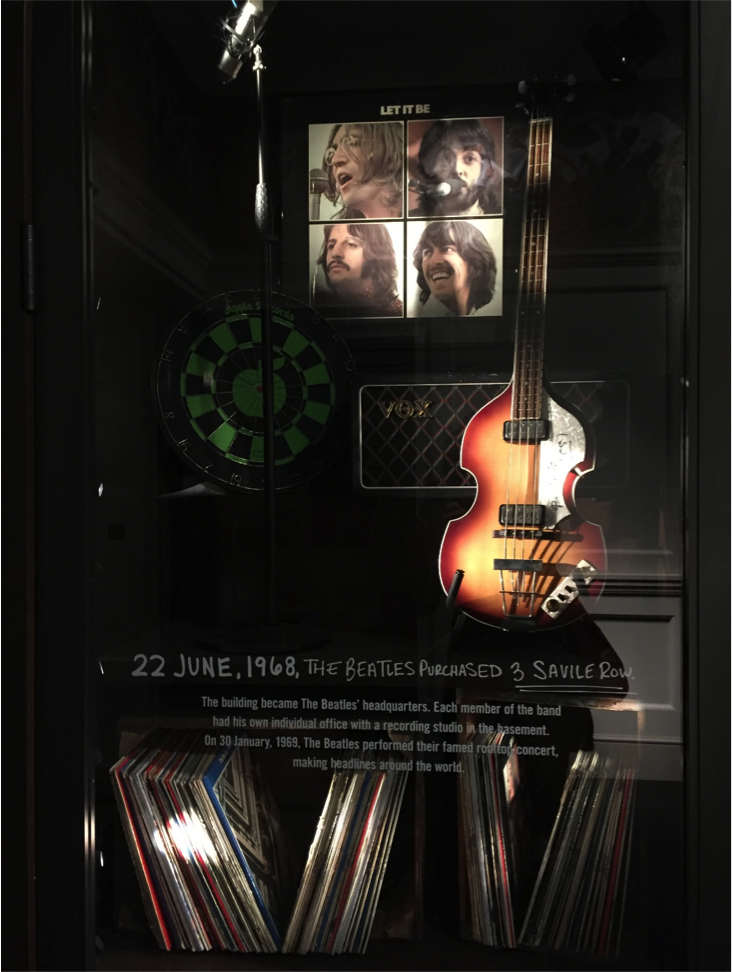 ​Since then, it has become a worldwide tradition to have Beatles Tribute bands reenact their final rooftop performance.  In Seattle, that band is Creme Tangerine. They began this tradition in 2009, in celebration of the 40th anniversary of the Beatles last concert. “Creme Tangerine is a dynamic five-piece band from Seattle that performs the music of The Beatles for thousands each year. Rather than focusing on the personalities of the Beatles, Creme Tangerine focuses on performing their beloved music live for all to enjoy.”I ‘discovered’ Creme Tangerine in 2012, at their rooftop performance in Pike Place Market.  It was during my middle-aged Beatlemania, when I read they would be performing ‘The Rooftop Concert’ on the  balcony of the Copacabana Cafe. 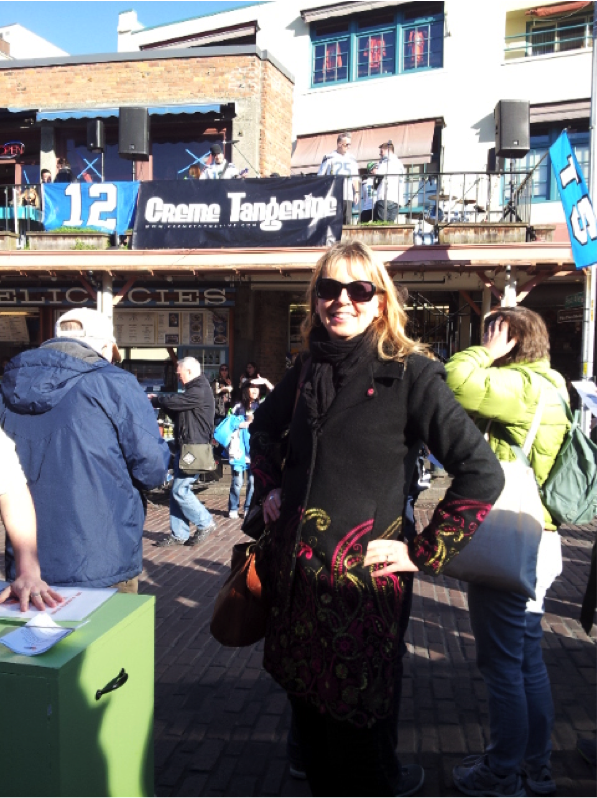 ​ Fortunately, it was sunny, not the typical rainy January day you would expect in Seattle. I joined the large crowd that had formed beneath the balcony, and soon we were all singing along together with Creme Tangerine. Isn’t it amazing that you can’t remember what you had for lunch yesterday, but you know every single word to songs from your youth? What a blast! And, what I really enjoyed, was that they didn’t try to be The Beatles.  Nobody, can be The Beatles. But, you can share their music.   The energy that they created was fantastic. It’s difficult to reach your audience from on top of a rooftop, but they managed to do that.   I found their website and Facebook page, grabbed my fellow Beatlemaniac friends, and we started following their concerts.  In 2015, they held their rooftop concert on top of The Hard Rock Cafe, also located in the Pike Place Market in Seattle. We bought VIP tickets, which meant we got to sit on the rooftop deck during the performance, rather than stand in the street. It was fun, because we had an opportunity to meet the band members.  Not only are they excellent musicians, they are nice guys. 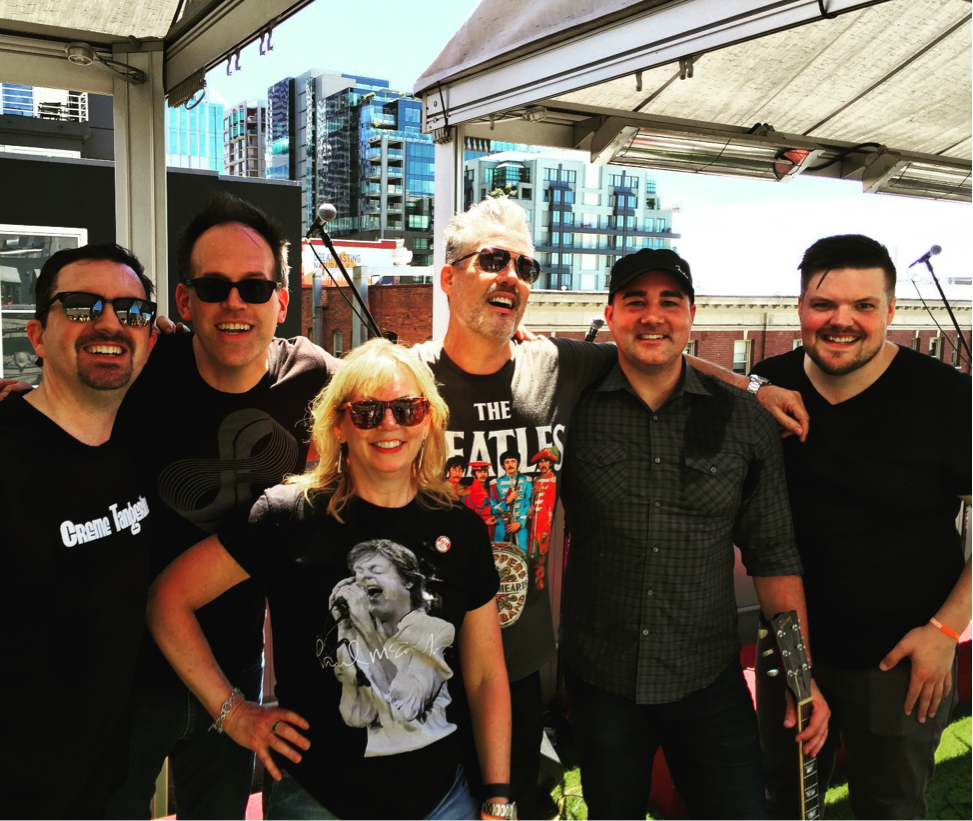 ​Last month, the Rooftop Concert was held on top of the Livengood Alskog building in Kirkland. After a windy, weather delay, we were singing along together to our favorite Beatles songs once again.  People that are complete strangers, coming together. To sing songs that were created over 50 years ago. That’s amazing. Thank You Creme Tangerine!  I was concerned that because of the distance, we would not be able to hear them. But they had a great sound system, that transported their music across the waves of air. I do prefer the Pike Place Market locations though, where we stand closer to their performance.
And what is cool about these rooftop concerts, is that they are used to benefit local food bank charities. This year was Hopelink. 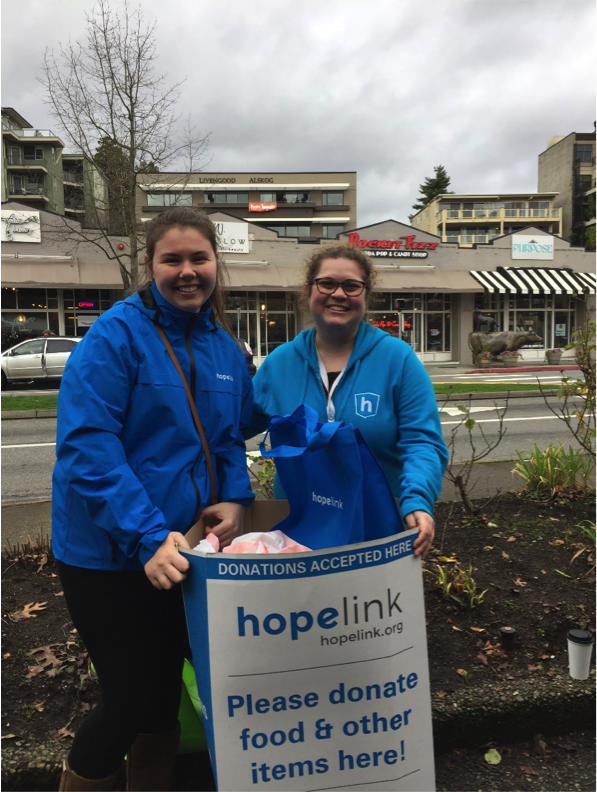 ​Our favorite concerts to attend, though, are at the Kirkland Performance Center. An intimate 397 seat theater, nestled in the heart of Kirkland, WA. There is not a bad seat in the house, and the acoustics are excellent. I have attended numerous plays in London and New York, and what I love about their venues is the close intimacy you have with the performers. This theater emulates that intimacy. Our favorite seats are front and center. Literally in touching distance of the band. 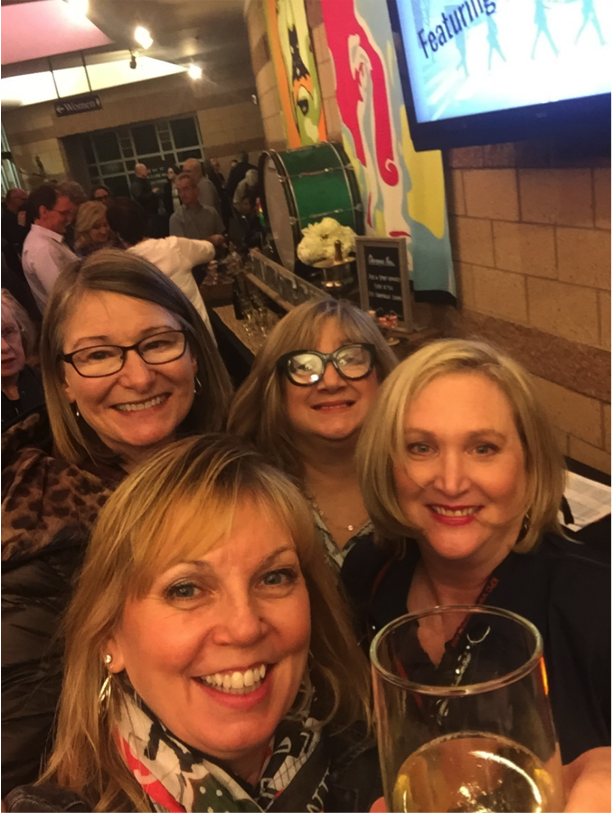 ​Our first concert experience there, Creme Tangerine performed the Sgt. Pepper’s Lonely Heart Club Band Album in its entirety. We were blown away! Hearing them this close, with inside acoustics, showed us what phenomenal musicians they were. We had a blast, and their energy exuded out into the audience. You just had to move. This was also the year that I learned of local violinist Geoffrey Castle. His addition added a whole new electric dynamic to their music. They blew the roof off the KPC! How could they possibly follow up this performance? 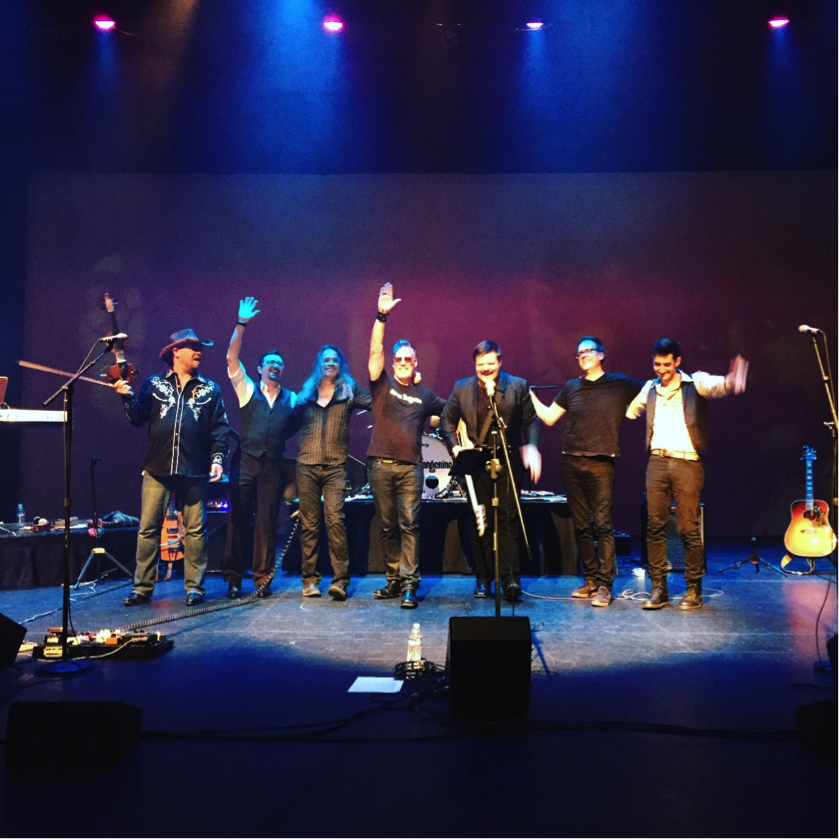 ​But they did, by performing The White Album and Abbey Road in the following years. Local artists are always included into the mix, which adds an element of surprise. Who is it going to be this year? By the end of the show, everyone is up dancing and singing along.  If you are a Beatles music fan (isn’t EVERYONE?!) check out Creme Tangerine. Their next performance at the Kirkland Performance Center is March 9, 2018. A fundraising benefit for the KPC that includes a champagne bar in the lobby. And check out their website to find them during their active outdoor summer concert series and festivals in the Pacific Northwest. 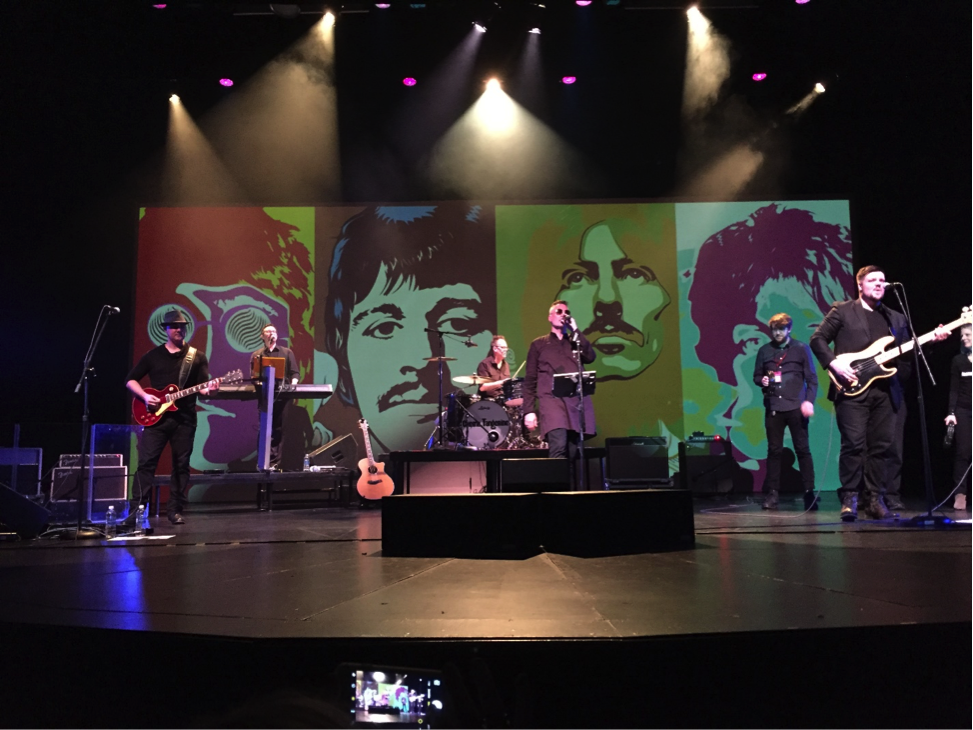 ​As Ken Mansfield, former president of the Beatles Apples Records stated “…After decades on the road working with bands and speaking engagements I have found events shared with Creme Tangerine to be the most enjoyable., I was with the Beatles as their associate at their last concert on the Apple Records London rooftop on January 30th, 1969, but actually had more fun with Creme Tangerine as a friend on the incredible rooftop celebrations in Pike Place Market in Seattle.”

And when the night is cloudy
There is still a light that shines on me
Shine until tomorrow
Let it be. 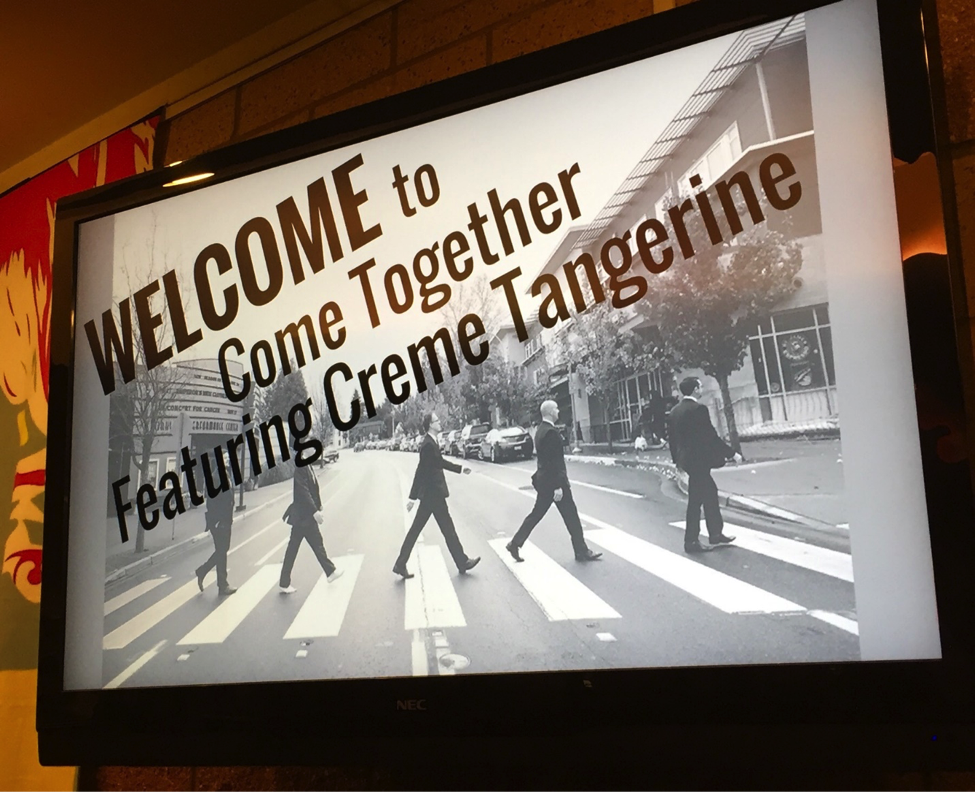