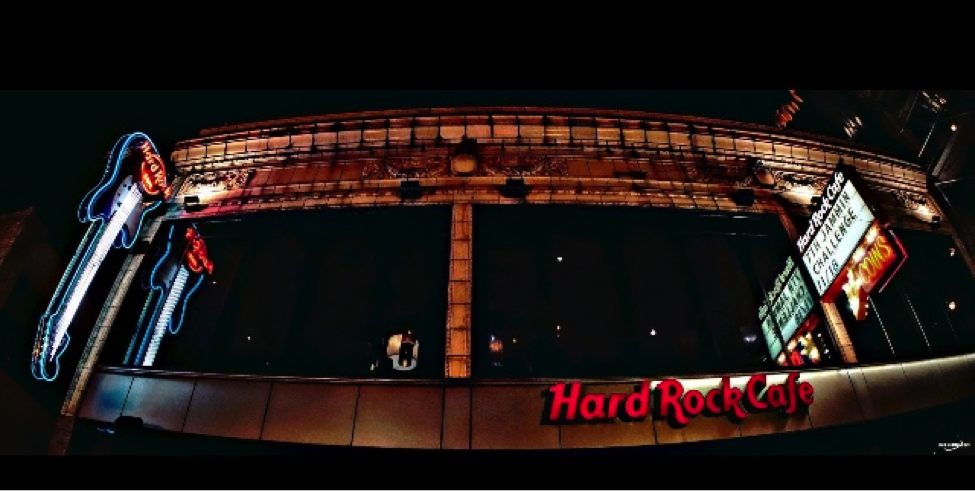 As I sit in my red, vinyl bean bag chair, headsets on, cord attached to the turntable……
My beanbag chair was in my teenage bedroom. A common shelter where music is discovered. Private journals are written. Secrets and ideas are shared with trusted friends. Guitars are strummed. It’s a safe sanctuary, where all dreams seem possible. The birthplace of future garage bands.

Growing up, I did not know any garage bands. It wasn’t until I was in college that I became aware of the local music scene. I attended Washington State University in the 1980’s, and one of my favorite local bands was Crosstown Rivals. I don’t know what happened to them, but I still have their pin! I love collecting pins. Bands…as a pin collector and a ‘Merch Girl’, add pins to your merchandise table. They are an inexpensive way for your fans to support you.  I also have my very first Hard Rock Cafe pin from the 1980’s. 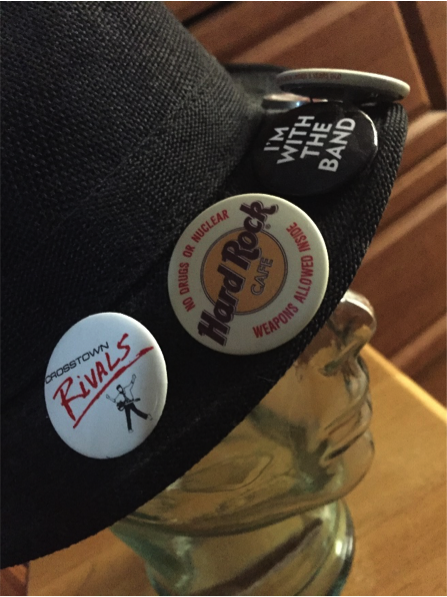 I love the Hard Rock Cafe, and try to visit one every time I’m in a new city. I also appreciate how they are a champion of local bands. And philanthropy. My favorite Hard Rock is in Seattle, located at the entrance to the famous Pike Place Market. Opened in 2010, it features memorabilia from legendary Seattle bands like Alice in Chains, Nirvana, Heart and Jimi Hendrix. The Seattle Hard Rock won my lifetime loyalty in their support of non-profits that are important to me. Whenever I have contacted them for a donation for any non-profit event, they always responded with a yes.

Love All, Serve All is the Hard-Rock motto, and they ROCK their walk.November 18th, 2017 …7th Annual Seattle Wave Radio Jammin’ Challenge 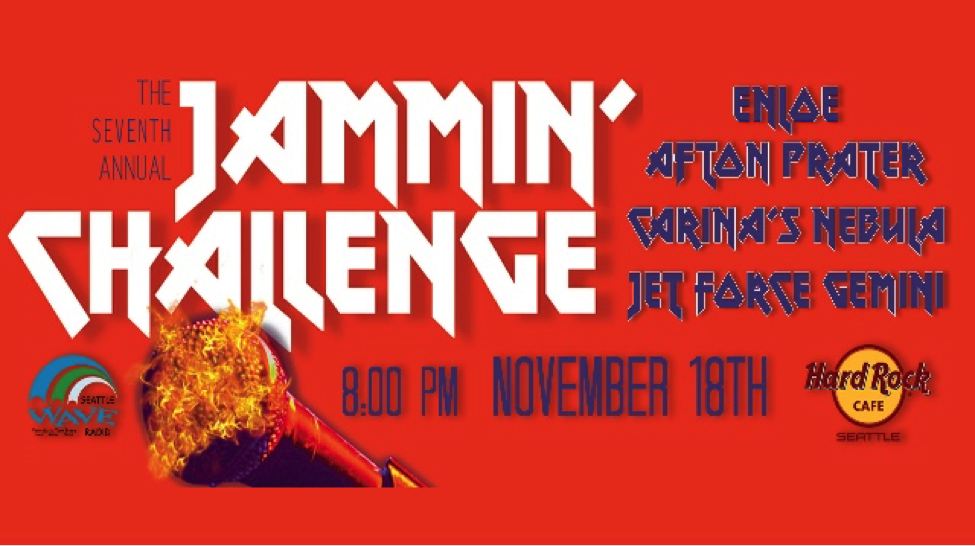 important advocate of the local music scene, is Seattle Wave Radio. Created and owned by Linda and Mark Gordon, Seattle Wave Radio supports, promotes and connects emerging artists from Seattle or the Pacific Northwest. They are also in partnership with Raymond Hayden, Hard Rock Cafe Seattle, Music Aid Northwest, Utopia Media Entertainment, Songwriters in Seattle, London Tone Music and London Bridge Studio. An annual showcase event that I look forward to attending each fall, is the Jammin’Challenge, held at the Hard Rock Cafe Seattle. Over 300 bands entered the competition this year, in a 5-month period. In the end, it was narrowed down to 4 bands competing for the 1st place prize of performing at the Music Aid Northwest Gala at the Triple Door in March, plus $1,000 in cash! 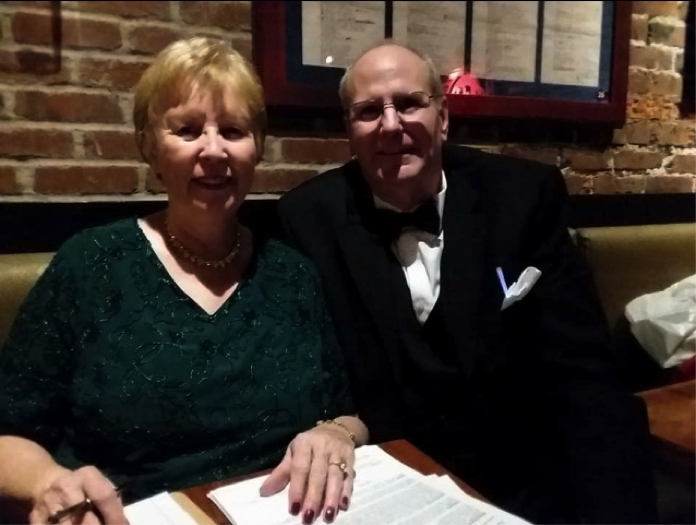 I attended this year’s event alone, but I didn’t stay that way. Once I walked upstairs to the Cavern Club room, it was like attending a party. I recognized many friends from the local music community. A special shout out to Hard Rock Event Organizer and bartender extraordinaire, Jonathan Rodda! The minute he saw me he said SUSAN! And gave me a hug. He does such a fantastic job planning events and taking care of his guests. It always makes me happy to see him working whenever I stop in. 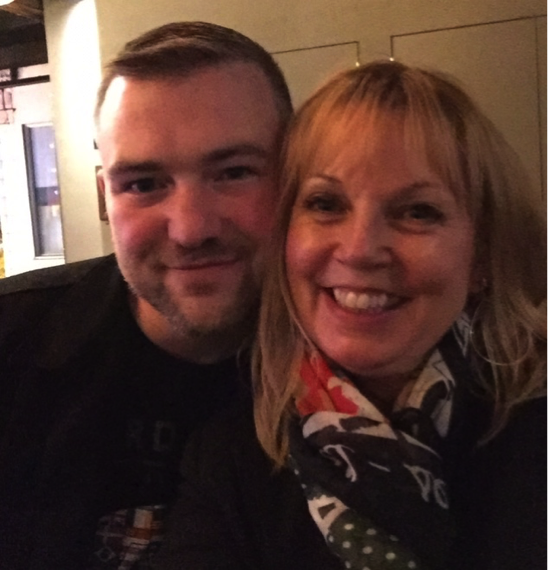 A special addition to this year’s VIP ticket holders, was a private performance from Immediate Regret. One of the bands from this past summer’s Ted Brown Music Live it Outloud rock-music program. Ted Brown Music offers this 8-week rock school, as an outreach program to teach young musicians how to write, play and perform rock music.  All part of the impressive Seattle-Tacoma local music community, that supports new and upcoming artists. 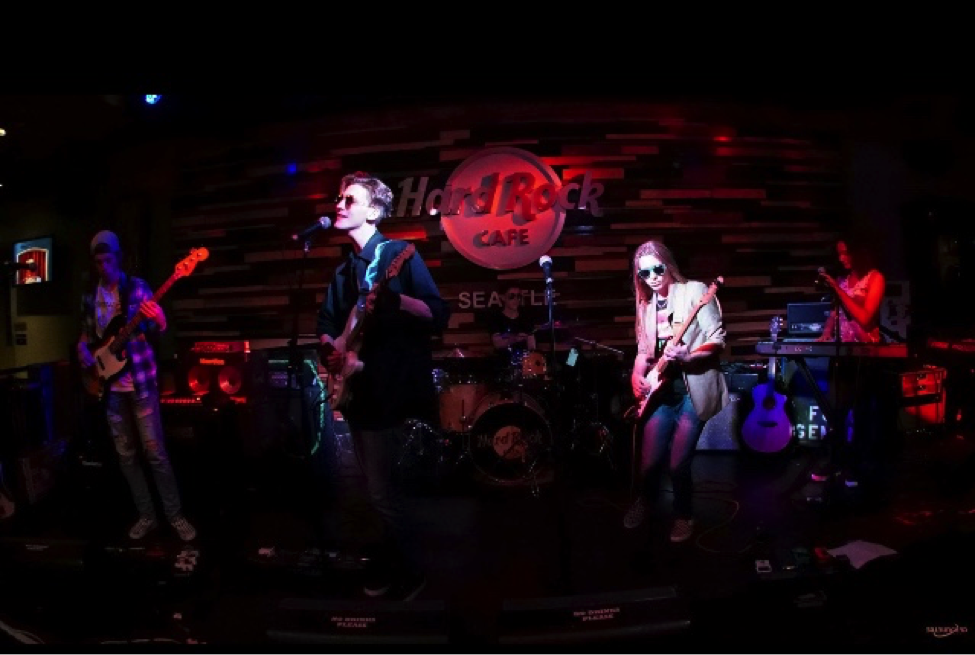 Jet Force Gemini was the first band to perform on the Hard Rock Cavern Club stage. A high energy, punk- rock group from Portland, OR. They poured every bit of themselves into their performance. If there is ever a power outage, just plug into their wattage and your world will keep rockin’! The floor was filled with their very devoted fans, singing along to every song from their debut album ‘Pistola Melodica’. 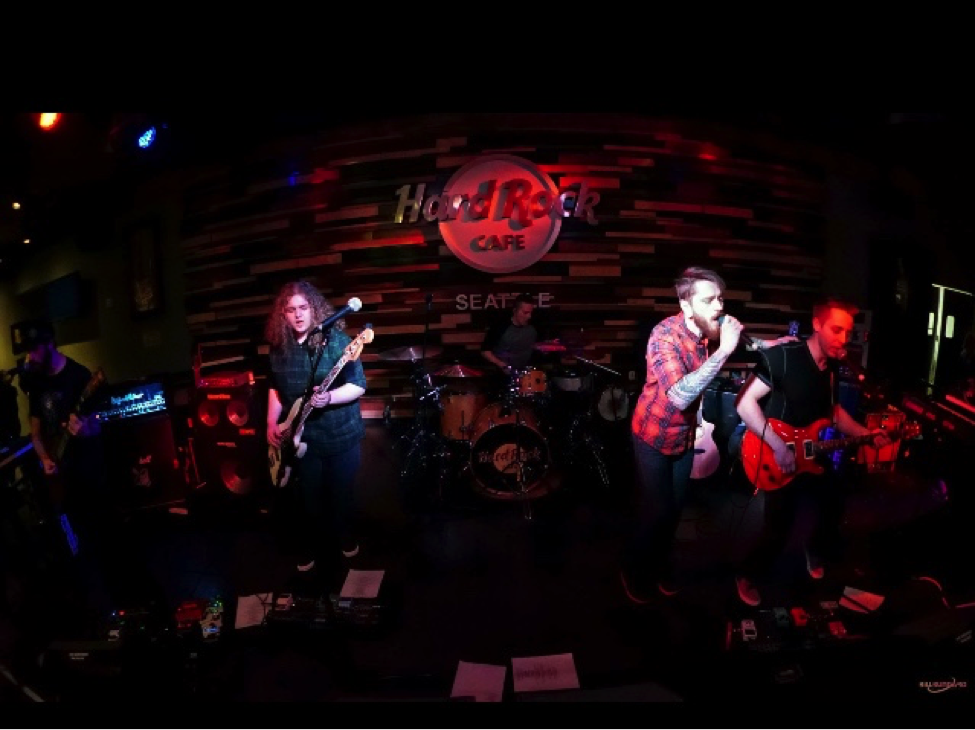 Country singer/songwriter Afton Prater, was second in the performance lineup. Hailing from Bremerton, WA, 19-year-old Afton has already racked up an impressive catalogue of performances. Including “Best EP Alternative Rock/Country” for her ‘I Want a Truck’ EP. For a younger artist, I was impressed with how comfortable and professional she was on stage. A dynamic blend of country and pop, that even included Country Line Dancers from her music video song, ‘I Want a Truck’. Fantastic energy, that is already propelling her into a successful musical career. 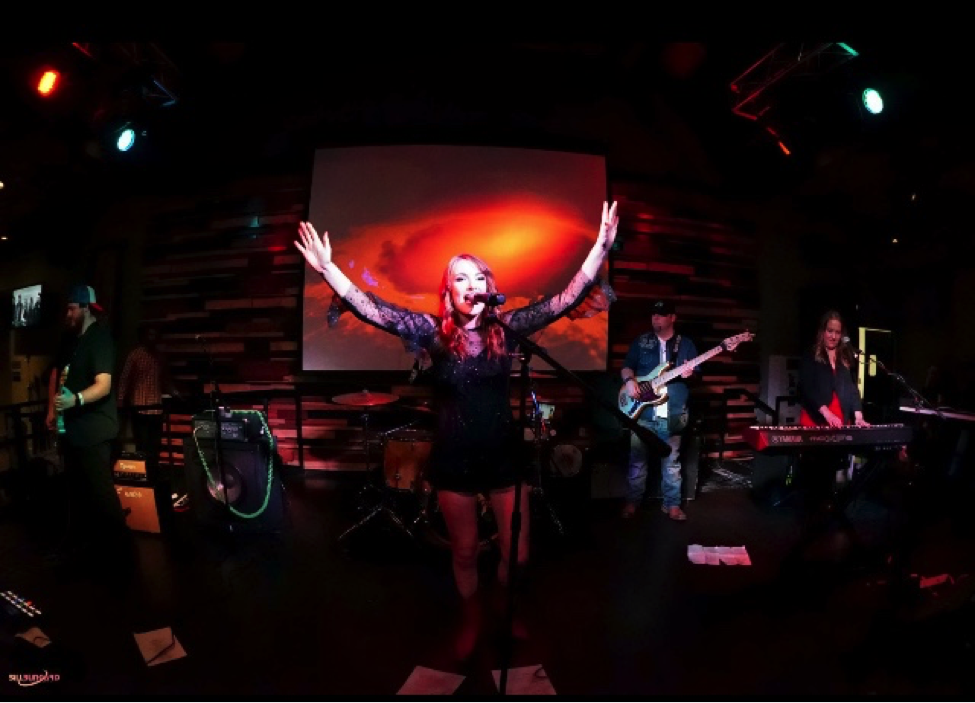 Seattle’s Pop-Rock band, Carina’s Nebula, was the third band. After viewing their introduction video, I could tell they were going to be very fun and creative band. The band killed it with their performance, and ended with a charismatic Gospel Choir, unifying the room. But unfortunately, Carina woke up with a 102-degree fever, and lost her voice from a cold. If she had not been coughing and apologizing, I would have just thought she had a unique, raspy voice. Kudos to Carina for powering through and giving her best effort.  You can check out their music on her premier CD “July 28”. 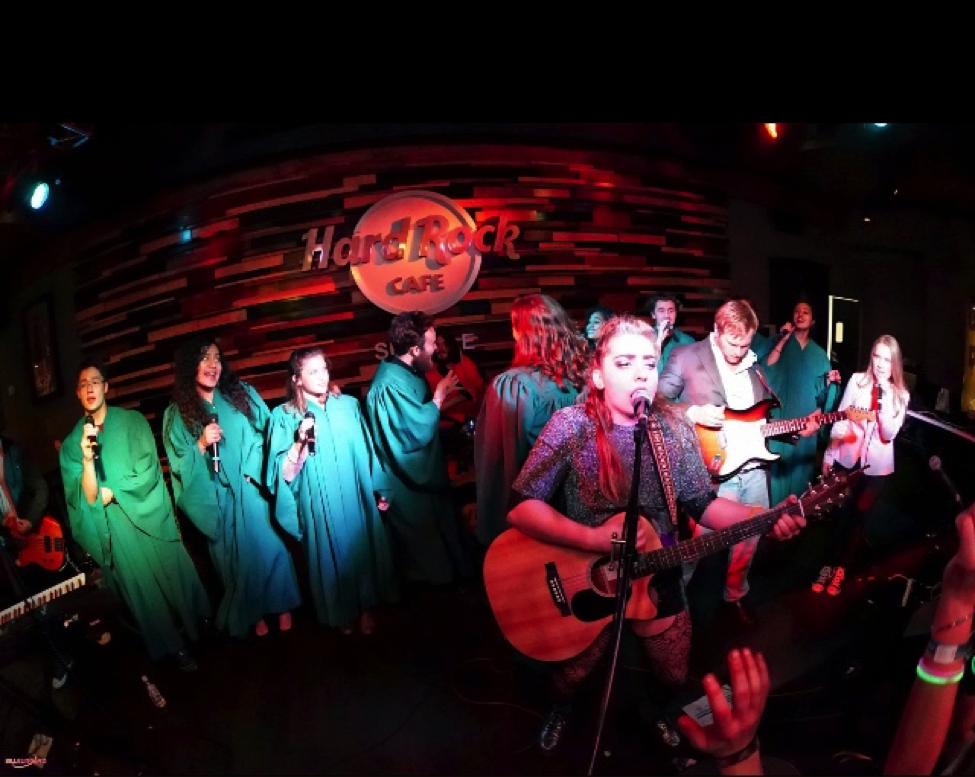 The final band to perform was Seattle’s new Alternative Rock band, Enloe. I had seen Taylor Enloe perform as a solo guitarist, but I had never seen him with his new band. If you scroll back to my August 18th blog, you will be able to read on Taylor’s incredible music journey. From their very first song, it was obvious to me, that they would be the winners. This was a mature and tight band. With years of individual experience. Taylor has an extensive musical history, including being in the Seattle metal act, Sword of Judgement. I experienced their performance standing right next to the stage, and was completely blown away with the skill and finesse of his guitar. Especially since I know he is self-taught. This is a fruition of years of dedication and passion to his art.  At one point in time, he came off stage and strolled to the back of the room, providing a personal performance for the judges.  A true Rockstar that owned his talent and had every intention in walking away with the 1st Place Prize. Which they did. Bravo, Enloe! I am looking forward to watching your career climb from here. Check out Enloe by searching ‘Farewell To Blackened Days’ on YouTube, Spotify, iTunes and Pandora. 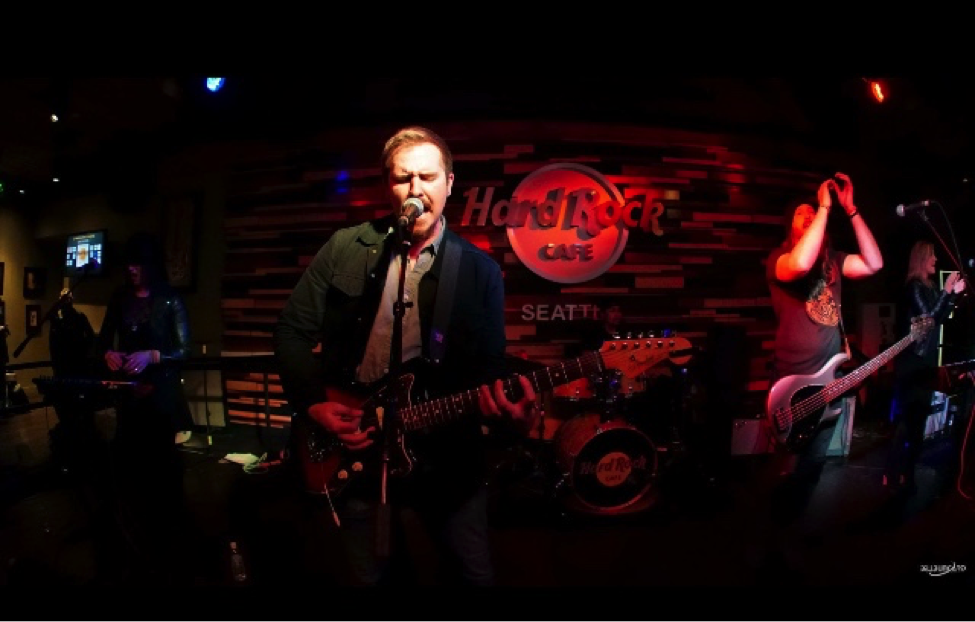 CONGRATULATIONS to all the bands! Beating out over 300 bands to be in the Final Four is truly impressive. I know that it was a difficult decision for the judges. And a special thank you to the judges, for dedicating their evening to supporting local artists. Bob and Shelley Tomburg representing Music Aid Northwest; Ramona Grotte and Ed Beeson of Gigs 4 U; Andrew D.B. Joslyn Independent Music Professional; Paul Sawtelle European Grammy Winner; Jared Squires 1st Place Winner of the 2016 Jammin’ Challenge with his band Pacific Drive, and of Tobias The Owl; Cirke Cherockee from Denmark and Danish XFactor Finalist. 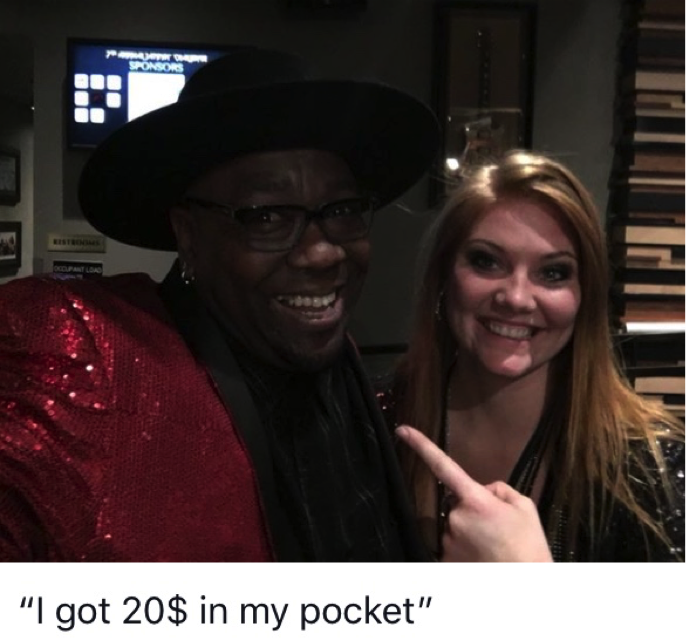 Thank you, Seattle Wave Radio, Raymond Hayden, Jessica Lynne, Susan Renville, Ted Brown Music, Hard Rock Seattle and everyone who is an advocate for local music. What you do, makes a significant impact on the lives of others.