﻿WHEN ROCKSTARS LIVE IN YOUR BACKYARD, PART II

As I sit in my red, vinyl bean bag chair, headsets on, cord attached to my turntable, I remember…..April 19, 1976…A hot, new band has emerged out of the Seattle rock scene. We were SO excited that they were traveling over to perform at Washington State University.  That band was….HEART.

WHEN ROCKSTARS LIVE IN YOUR BACKYARD, Part II

​
Here is the setlist from that concert. 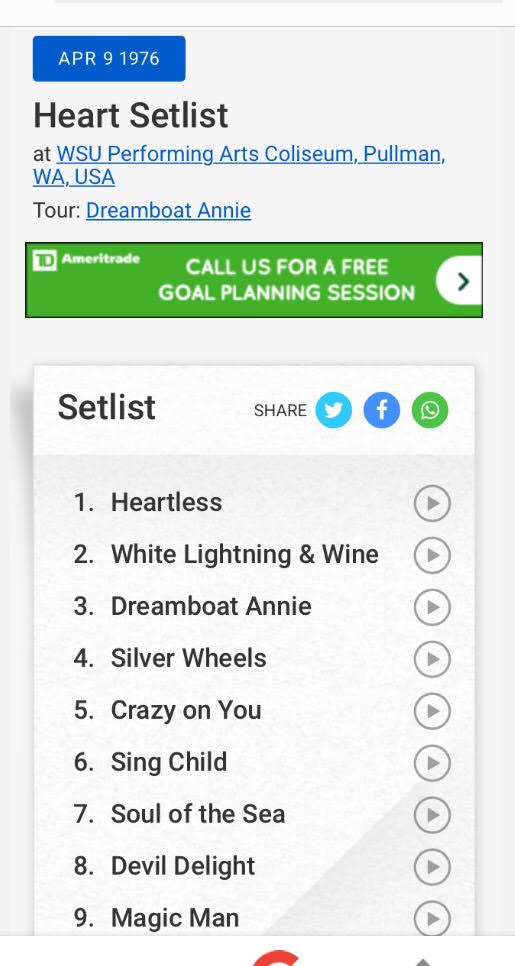 September 3rd, 2016 Blue Boy Golf Course, Monroe WA
Ray Hayden ( all roads seems to lead to Ray!) did an interview with Roger Fisher for his HOUSTON talk show on Seattle Wave Radio. Roger is the original guitarist for the band Heart. That interview was so cool to listen to. Because of Ray, I ended up being Facebook friends with Roger; along with 5,000 other people. But it’s great, because he is really active on it, and I get to see what musical projects he is doing.In August of 2016, Roger started promoting a special concert at The Blue Boy Golf Course in Monroe, WA.  He would be sharing the stage with Austin Jenckes. Austin is a Duvall, WA native who made it to the Top 10 of The Voice on Season 5 . A really excellent musician. I immediately bought tickets!We showed up at The Blue Boy Golf Course on a beautiful September evening. It’s an outdoor venue that is also used for weddings. Absolutely gorgeous. There were about 120 of us there, so very intimate. And casual. Roger’s brother, Mike, was running the sound system. I was trying not to stare too much, but GEEZE! These were the original members of Heart, and Roger was inducted into the Rock and Roll Hall of Fame in 2013! It’s fascinating to see people that you’ve listened to/watch videos of thousands of times.​At first, Roger played guitar with a local violinist. Then Austin joined him onstage. A wonderful and intimate evening of music began. I felt like I was at a private event. I just relaxed, ‘dropped the needle’ and listened. The atmosphere was peaceful and the music beautiful. Roger and Austin were a perfect duo together. I kept thinking how lucky I was to experience this musical performance.
​
Afterwards, I went back to the merchandise table and purchased both Roger’s and Austin’s CDs. And then I just walked over, introduced myself and talked for awhile. I found out some interesting things. Like for instance, Roger delivered one of his daughters! If you would have told that shy teenage girl from the ’70s that she would be hanging out and talking to the lead guitarist of Heart, she would have screamed, LOL. I, of course, got my CDs autographed and also a picture taken. Later on in the evening, I had an opportunity to meet Mike Fisher (that’s who Ann Wilson wrote ‘Magic Man’ about). I really enjoyed my conversation with him, too. 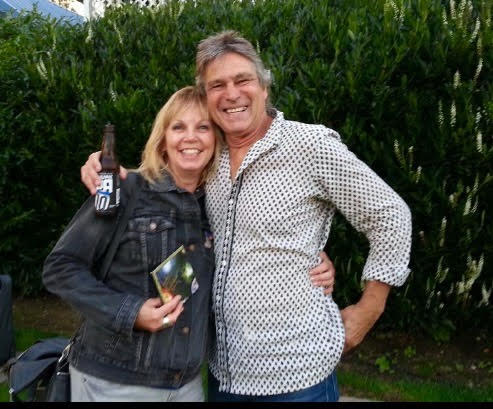 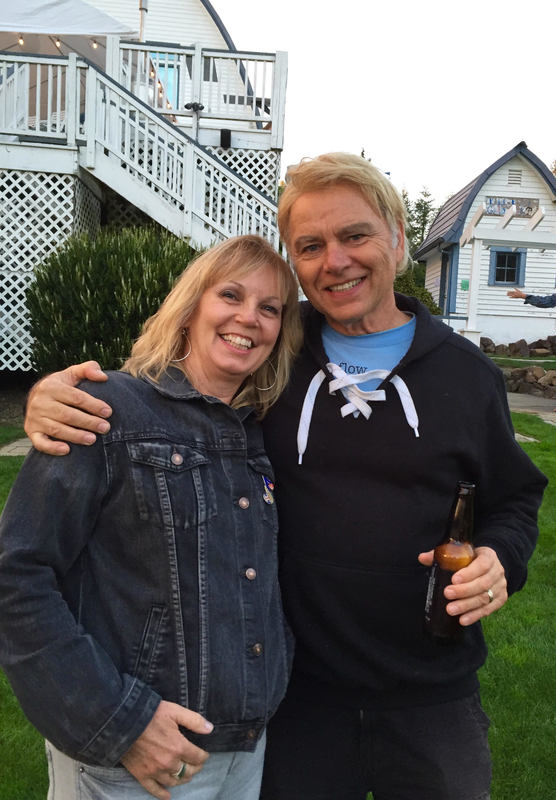 ​And here’s a funny coincidence. Their merchandise girl is Kathi Cooper. We started talking and discovered we both grew up in the  small farming community of Colfax, WA! Her brother was in my graduating class ; there were only 74 of us. What are the odds of that? I guess small town girls like to ROCK!

That’s why I love the Seattle area. There is such a wonderful history of music. And you never know what new artist is about to emerge!