WHEN ROCKSTARS LIVE IN YOUR BACKYARD

As I sit in my red, vinyl bean bag chair, headsets on, cord attached to my turntable, I remember…..April 19, 1976…A hot, new band has emerged out of the Seattle rock scene. We were SO excited that they were traveling over to perform at Washington State University.  That band was….HEART.

WHEN ROCKSTARS LIVE IN YOUR BACKYARD

Oh, how I wish I could be a 15 year old girl at this Heart concert again! That was the only time I saw Heart perform live until…

Although I loved the music of Heart, I had lost track of them when I lost track of myself. They came prominently back into my life in 2013 after watching The Kennedy Honors Awards, and their induction into The Rock and Roll Hall of Fame. I was SO excited when I found out they would be performing back home at The Marymoor Park Summer Concert Series! The minute Heart came onstage, a huge spark was lit in my soul. This band was once again, shining brightly in front of me. I had to figure out WHY.

And so, the ‘music stalking’ began. I read everything I could. And looked forward to my quiet times up at the ski condo, where I could ‘Drop the needle” and just listen and learn.
I went to 4 more concerts. One was a VIP Meet and Greet ticket with Ann and Nancy, at The Puyallup Fair. Wow…that was…Well, how do you tell people how much their music means to you in a couple of minutes? You definitely don’t. You just appreciate the moment.

Heart announced their 2016 European Tour, and I saw they were going to perform at the The Royal Albert Hall in London. I’m a flight attendant , who flies to London. No brainer! The minute the tickets went on sale (2 am Seattle time), I bought one. I don’t mess around with tickets!

When June finally rolled around, I discovered that I wasn’t on the London crew for the layover that would allow me to attend the concert.  But, I wasn’t about to miss this! So, I  grabbed my  19 year old son and said  “We’re going on an adventure!”.

My fabulous friend, Ray Hayden, said he knew Ben. Maybe he could arrange a quick ‘Hi!’ before the show. Wow, that would be cool!  We land in London. My phone dings with a text from Ray. “Here’s Ben’s personal phone number. Send him a text and he’ll try and meet you before the concert.”
ARE YOU KIDDING ME?! I just flew from Seattle to London to see Heart’s concert. And I’m supposed to text THE drummer? OMG. WHAT??

So, it’s the day of the concert. I’m in the lobby of the RAH, and I send Ben, THE drummer of Heart, a text. “Hi Ben, I’m Ray’s friend , Susan from Seattle. I’m looking forward to your concert tonight.”  Pause, Pause, Text Ding! “Hi Susan, I’m grabbing a bite to eat. I’ll come down and meet you in the lobby in a few minutes.”

WOW!..Sure enough, a few minutes later, here comes Ben Smith casually walking into the lobby. I walked over and tapped his shoulder and said “Hi Ben, I’m Susan.” He turns around and gives me a warm hug “Hi Susan!” Okay, really? I’m hugging the drummer of Heart, in the lobby, before HIS concert, and the people around us were completely oblivious. Too Funny! We left the lobby to a more quiet entrance. Other fans showed up who knew Ben. Lots of hugs, talking, pictures. Fans from Canada, Netherlands, UK and myself.  Finally it was time for him to depart; you know to go perform onstage! I couldn’t believe how warm and friendly he was to all of us. 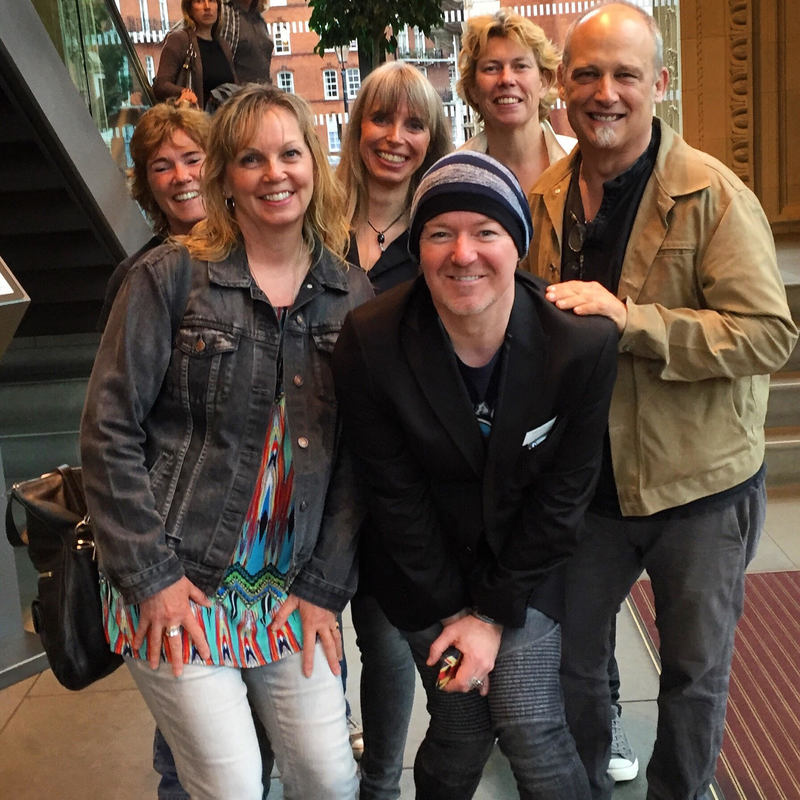 When I got to my seat, I realized I was front row of the side floor section! I sent Ben a text thanking  him, and how excited I was that I was sitting in the front row for the show. The opening band comes on. Great performance. Now it’s time for Heart! Ben walks onstage with fellow band members Craig Bartock, Dan Rothchild and Chris Joyner. He sits down at his drum kit, looks up and scans the crowd. Sees me, smiles and waves.
​
ARE YOU KIDDING ME? The drummer of Heart just waved at me from the stage..in London…at The Royal Albert Hall. WHOA…I looked around at the other 5200 people and just smiled. Then Ann and Nancy come out onstage and immediately start the first song, “Magic Man’. And, away they go. The whole concert was fantastic. Especially since the London Philharmonic Orchestra accompanied them on some of the songs. Absolutely magical. I was thrilled when I found out they videoed it. That DVD is one of my best souvenirs, ever!

Lo and behold, I run into Ben again, after the concert. Talking to more fans. Giving drumsticks to a Heart cover band from the U.K. I managed to grab one more hug before I left.

WOW. And that’s totally the kind of rockstar Ben is. Everyone that I’ve talked to says the same thing about him. Just a very genuine and humble man. I really respect that.  And what’s really great, is that he lives in Seattle. When he is not touring with Heart or Roadcase Royale ( his new side band with Nancy Wilson), he plays in small shows around the area. I just saw him again, this past December at Highway 99 Blues Club. Make sure and check out Ben’s website www.bensmithmusicco.com so you can catch him at a local show. Absolutely one of the most genuine musicians around. 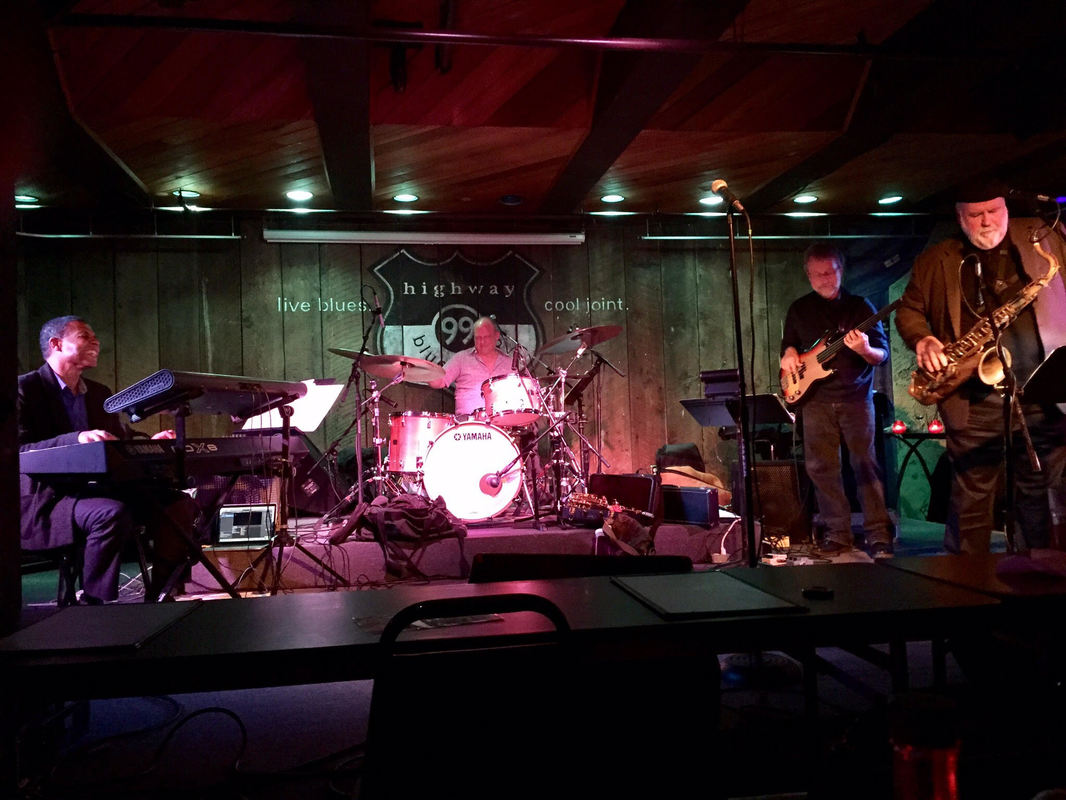 And that’s what I love about the Music World. It’s like one big family. And once you get to meet the artists, you listen to their music on a whole new level.

Thanks for letting me share another story with you. I hope I’m motivating you to go out and enjoy all of the great adventures available in life!

<a href=”http://prototype.seattlewaveradio.net/reviews-and-news/”>&lt;&lt; Back to Reviews &amp; News</a>